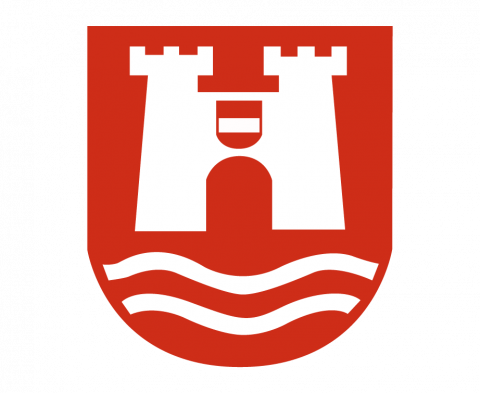 The City of Linz (193.800 people, spatial extension 196.048 km2, density 990 inh./km2), capital of the Province of Upper Austria is organized into 9 districts and 36 statistical quarters. Of the approximately 96 km² area 29.27% are grassland, 17.95% forest, 6.39% water, 11.63% are traffic areas and 34.76% are building land. The urban area includes (parts of) 13 other municipalities with together 271,000 inhabitants. Linz is also part of the Linz-Wels-Steyr metropolitan area of Upper Austria, home to around one third of the province’s population (460.000 people) and second-largest urban area in Austria. Linz is one of the main economic centres of Austria. The Voestalpine AG is a large steel company (founded during World War II), which is known for the LD- ("Linz-Donawitz") steel production process. The former "Chemie Linz" chemical industry company has been split up into several companies. The harbour is an important transportation hub for the steel industry. Delivering coal, ore and distributing steel and metal products. As Linz is the provincial capital and itself a large city requiring administration, many employees are working in administration and services. About 190,000 people are employed in Linz, which is almost twice the number of working people who live in Linz. Therefore, Linz has to deal with a lot of commuter traffic. During work days around 100,000 employees commute into Linz and about 18,500 out of Linz.

Linz is the one of the important congress destinations in Austria. The city is home to a vibrant music and arts scene. At the south banks you find the Lentos Art Museum and the "Brucknerhaus", the Ars Electronica Museum is located at the north banks, hosting every year the Ars Electronica Festival in early September and the "Linz Fest", taking place annually in May. Since 2004, the Crossing Europe Film Festival is held annually. Linz could - most recently with the 2013 opened new musical theater at Volksgarten, the Bruckner Festival, the Linzer Klangwolke (”Linz soundcloud”) etc. positions itself as an internationally well-known cultural city. Linz is UNESCO city of Media Arts.

Linz is located in the Danube valley 200 km east of Vienna and approx. 100 km west of Salzburg. The Danube is a landmark within the city and supports ventilation of cooler air form the outskirts. The close neighbourhood of the Danube indicates quite some flood risk: in 2002 and 2013 large severe flood events took place, where the Danube banks and the lower historic centre south of the Danube were flooded. The historic centre of Linz is characterised by small, medieval, baroque to renaissance houses including several sacred buildings. Linz shows large plazzas with little to no green and a lot of sealed surface which has effect on heating up the centre as well as lacking leakage possibilities to soil and groundwater, concentrating discharge to the paved surface.

The political bodies of the Municipality are the Mayor, and the City Council. The administration is organized in 12 divisions, one of them responsible for Planning, Technique and Environment, which serves as partner in the project.

DI Wilfried Hager, education in Technical Chemistry at Graz Technical University, is working for Linz since 1985. Till 2005 he was responsible for air quality monitoring, now he is head of the Environmental Management Department which is part of the Planning, Technology and Environment Division. His duty is now strategic developments for the City of Linz regarding environment and since 2007 in the field of energy.